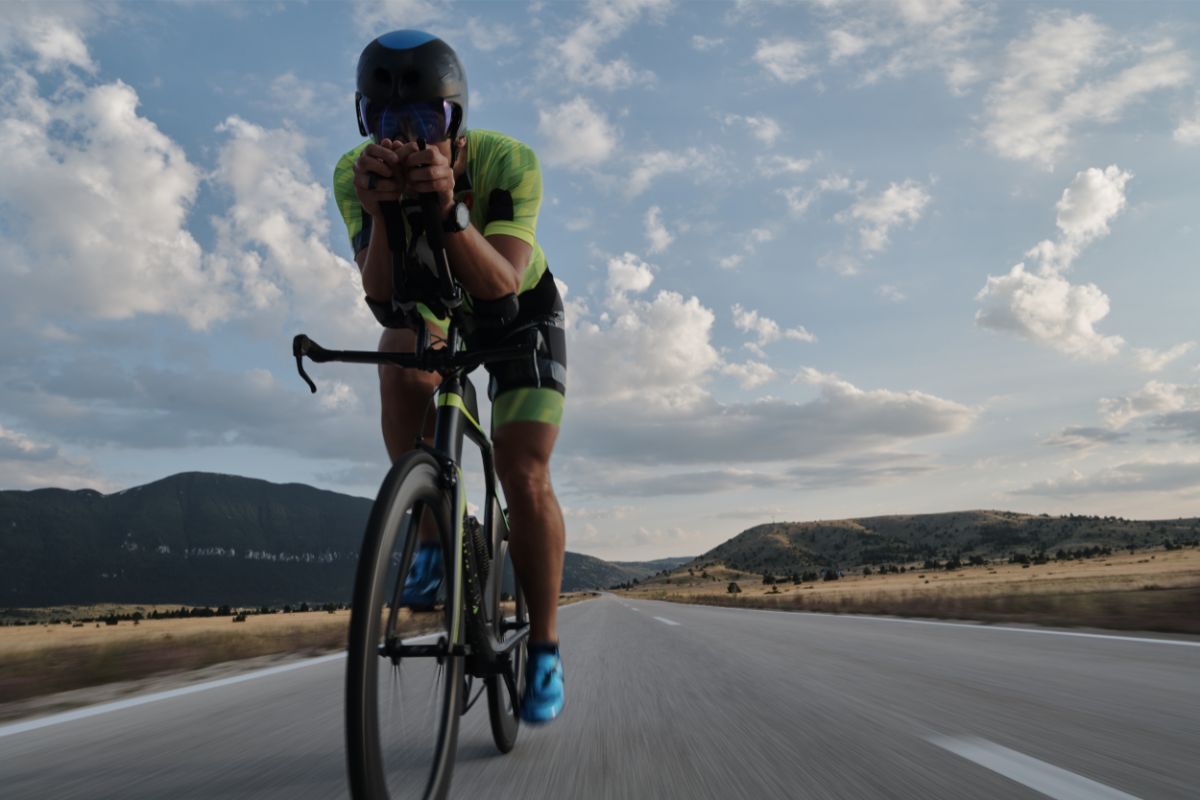 First of all, WTC Ironman races are no joke. They’re among the most gruelling endurance events in the world, requiring sheer mental willpower as much as super-trained stamina to make it across the finish line.

Ironman triathlons are held around the world—including America, Europe, Africa, and Asia—and can be even tougher depending on the climate and environmental conditions.

Considering joining an Ironman event in the near future? We commend you – because they’re seriously hard. You’ll run (as well as swim and cycle) into a few different Ironman “characters”, needless to say, and we’ve listed five of them below.

It goes without saying that Ironmans are attended by some of the fittest specimens on earth. After all, it is one of the longest triathlons out there. Still, there’s always one superhuman who breezes through each section like it’s nothing.

They start strong and finish strong, leading the pack and, of course, finishing first in record time.

You really don’t know how they do it. The superhuman is older than you, as well – by at least twenty years. They’re super tanned, so you know for a fact that they do this for a living. Still, all power to them, honestly, as it’s seriously impressive.

Ironman races are all about pacing yourself from start to finish. And the tortoise’s mantra, and game plan, is definitely “slow and steady wins the race”.

It totally works, though, because they catch you up in the final stretch while you’re wheezing through each stride and wishing you swam a little slower.

You left the tortoise in the dust in the beginning section, but now they’ve overtaken you and are disappearing into the distance. Ironmans are also learning experiences, despite that, so it’s a lesson learned for next time. And that brings us to the next one.

We can’t talk about the tortoise without mentioning the hare, as it goes without saying that Ironman races have both.

The hare is the complete opposite of the tortoise, of course, who starts strong but finishes slow – either due to overconfidence, injury, or simply because they got their pacing all wrong.

They thought that they could power it through the swimming section, then replenish their energy during the cycle phase.

It didn’t go as planned, however: their quads are too fatigued to run and now they’re paying for it with their final finishing time. Nothing wrong with that but, again, lesson learned.

We’re not talking about David Goggins himself (hey, you might see him at your next Ironman), but someone who has the Goggins’ mindset on lock.

Right from the bat, the David Goggins is weighing you up at the starting line, game face on display, trying to get in your head. They thrive on competition – and want you to know it.

The David Goggins loves suffering, so any Ironman event has them in the zone – feeling right at home, in other words. This person is a beast, needless to say.

They might not finish first, but you can bet they’ll finish in the top ten… before casually running another marathon on the way home.

You’ll know the Half Ironman when you see them at the starting line, because they’re fired up.

Sure, they might look nervous for their first ever Ironman race, having checked off the 70.3, but they’re still all set to go, smiling from cheek to cheek, eager to put their endurance to the ultimate test.

There’s a big difference between the Half Ironman and the Ironman (70 whole miles, to be exact), so all respect to those who step up to the biggie. Hey, this might even be you since you’re here reading this. And if that’s the case, you have our slap on the back. Go get it.

We don’t have to tell you that Ironman races are for the elite among us. They’re super gruelling and, as a result, require a killer combination of mental power and superhuman endurance to complete.

Needless to say, anyone finishing—even participating in—an Ironman event gets a round of applause from us.

You’ll probably see the above people in an Ironman race, but don’t let that discourage you in any way, for whatever reason. Any triathlon—big or small—is a life-changing, rewarding experience, even if uncompleted, so there are nothing but benefits to reap from entering one.

Our advice? Just make sure you train well in advance, go in with a game plan, and, of course, enjoy yourself – including the full journey leading up to race day! Visit all our articles at RateYourBurn.