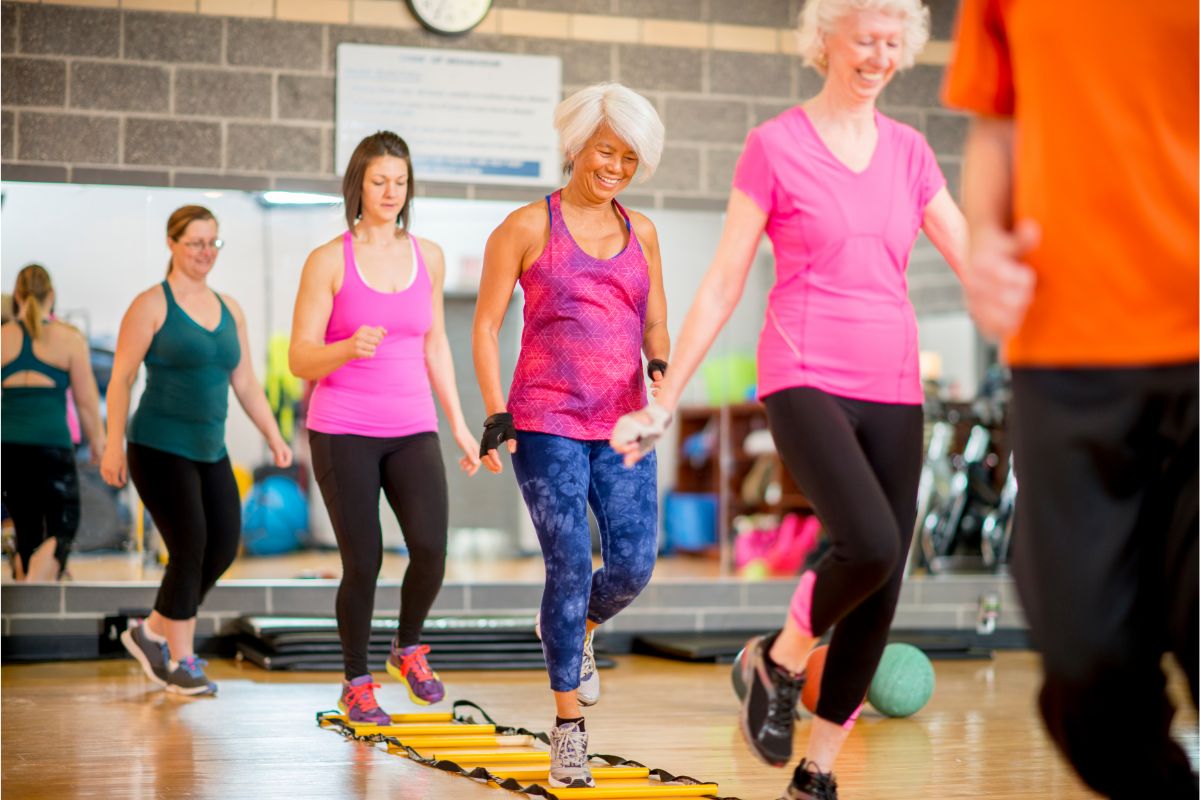 Barry’s is a boutique fitness class known for its intense HIIT workouts incorporating strength training and cardio. Since ‘98, the LA-founded brand has gone international while garnering something of a cult-like following.

If you haven’t experienced Barry’s, the best way to describe it is like working out in a nightclub.

We’re all for people looking to get fit and feel better about themselves. But we don’t have to tell you that Barry’s classes are not short of a few stereotypes.

So, below, we’ve listed seven different types of people you’re sure to see at Barry’s Bootcamp.

The Fittest Person On Earth

There’s always one person at Barry’s who would be better off doing an ultramarathon.

The fittest person on earth breezes through each class exercise like it’s nothing, transitioning from a treadmill sprint to mountain climbers without even breaking a sweat.

You wonder how they do it, then you wonder whether they are even human at all.

They’re superhuman, or probably descended from aliens. Either way, it’s hard to take your eyes off them because they’re simply doing the impossible.

On the other end, you’ve got the struggling first timer. They might be there by choice or they might have been dragged into it.

In any case, they’re hanging over the treadmill and sluggishly performing each rep with a flushed face that says, “Why am I here?”.

Still, all power to them as Barry’s classes are far from easy. Even the “low-intensity” classes are intense.

Pretty much everyone’s a struggling first timer at their first Barry’s experience, so we commend anyone who gives it a try.

The diehard member’s been attending Barry’s for over two years. And they’ll go out of their way to tell you that it “changed their life”.

For that reason, they’re not even considering other workout routines or fitness plans; they’re self-proclaimed Barry’s members for life.

You won’t have to look hard to see the diehard Barry’s member, because they’re hanging out after class slapping backs and singling out newbies to enthusiastically ask, “Was it good? D’you enjoy it?”.

Of course, it’s only a segue so they recall their first time before explaining that, yes, Barry’s changed their life.

Models, social media influencers, or none of the above, there’s no shortage of selfie takers at Barry’s who crowd the mirror post-class to get their #redroom selfie snapped and posted before it’s too late.

The runner’s high wasn’t enough, but a dopamine rush from likes will do the trick.

Unfortunately, getting the perfect mirror selfie takes time in Barry’s since the lighting is so dim.

Shots of chiseled six-packs end up looking like washed out oil paintings, so most Barry’s selfie takers will quickly disperse the studio to try their luck in the shower room instead.

You’ll know the calorie counter when you see them, because they’re checking their fitness watch every thirty seconds to track total calories burned. They might be in good shape, they might not.

One thing’s for sure: their life revolves around counting calories.

You know for a fact that they tracked their steps on the way to the studio. They probably meal-prepped over the weekend, too.

Calories in, calories out – they’re not just numbers; they’re the day-to-day difference between satisfaction and guilt.

Everyone hates burpees – it’s a simple fact. But there’s always one person at Barry’s who claims to enjoy them.

It’s not just the best exercise for fat loss, they’ll say, but their “go-to favorite exercise, hands down”.

The burpee fanatic at Barry’s is not just doing regular burpees – not a chance.

They’re doing clean push-ups and explosive high jumps, knees at full tuck, rep after rep. Sure, it’s super impressive, but are they really doing them in their spare time?

We ask because no one likes burpees.

They tried Orangetheory once (or never), but found their true home at Barry’s.

You’ll know the Orangetheory cynic early on, because they’ll bring it up in conversation as early as possible, telling you that it “just doesn’t compare to Barry’s”.

The two classes are completely different, but that doesn’t stop them from arguing that Barry’s is more effective.

They’re entitled to their opinion, needless to say, but someone should really tell them that it’s effort and consistency that ultimately matters, FYI.

There’s a good chance you’ll run into the above people at Barry’s, but that shouldn’t stop you from going or trying your first class.

When it comes to fat-burning HIIT classes, Barry’s is among the best, and a solid choice if you need help getting that beach bod in time for summer.

The music’s a little loud, it has to be said, but they do offer ear plugs if you need to protect your ears or drown out that song you don’t like.

Either way, there’s no time like the present if you’re looking to start your fitness journey – Barry’s or otherwise.

If you enjoyed this post, you might enjoy our article on ‘Why Does My Face Sting When I Work Out? 5 Reasons & Fixes‘ or visit all our articles at RateYourBurn.